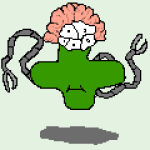 – Game of Thrones S02E01
Tyrion arrives in King’s Landing to counsel Joffrey; Stannis Baratheon plots an invasion to claim his late brother’s throne; Daenerys and her three dragons search for allies and water; Bran presides over a threadbare Winterfell.

– Game of Thrones S02E02
Tyrion chastens Cersei for alienating the king’s subjects; Arya shares a secret with Gendry; one of Dany’s scouts returns with news; Theon Greyjoy reunites with his father; Davos enlists a pirate to join forces with Stannis and Melisandre.

– Game of Thrones S02E03
Tyrion plots to gain alliances through the promise of marriage; Catelyn arrives in the Stormlands; Luwin tries to decipher Bran’s dreams

– Game of Thrones S02E04
Joffrey punishes Sansa; Catelyn tries to get Stannis and Renly to unite against the Lannisters; Dany arrives at the gates of Qarth; Arya and Gendry are taken to Harrenhal; Davos must smuggle Melisandre into a secret cove.

– Game of Thrones S02E05
The end of the Baratheon rivalry drives Catelyn to flee; Tyrion is alerted to Joffrey’s flawed defense plan; Arya receives a promise; the Night’s Watch arrive at an ancient fortress.

– Game of Thrones S02E06
The Lannisters send Myrcella away from harm; Arya has a surprise visitor; Dany makes a vow; Robb and Catelyn receive crucial news; Jon gets a chance to prove himself.

– Game of Thrones S02E07
Jaime meets a relative; Dany receives an invitation to the House of the Undying; Theon leads a search party; Jon gets lost in the wilderness; Cersei counsels Sansa.

– Game of Thrones S02E09
Tyrion and the Lannisters fight for their lives as Stannis’ fleet assaults King’s Landing.